Inquiry into Waste and Recycling in Victoria 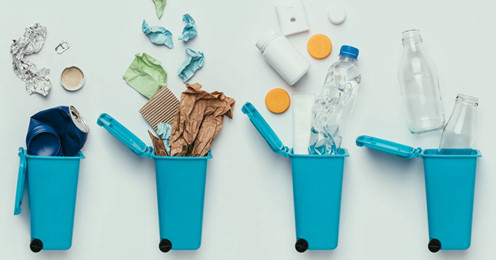 The Parliamentary inquiry into recycling and waste management received over 700 written submissions. This shows there is interest and concern and that people want our government to take action.

When I started looking into this inquiry, as President of Zero Waste Victoria, I felt a sense of responsibility to our committee, our members and the general public who we support and empower to reduce waste. It’s fair to say this took a considerable amount of time to write, and to follow up, because we were invited to give evidence, (effectively give more information) at a parliamentary hearing. But it has paid off, with a number of our recommendations being considered and noted in this report.

From this inquiry 46 recommendations have been made on a range of issues. To give you an overview, we have highlighted some of our standout recommendations, along with some of our quotes that were used in this documentation. You can read the full 280 page document here. This will be presented to the government, and hopefully acted on as a matter of urgency.

You can find our submission here, and a transcript from the hearing here. I have quotes and recommendations in bold.

Interestingly the press has really picked up on this too. Check out this interview following the release of the report.

Glass needs to be treated with more respect. Using it, smashing it and having it end up in roadbase, when it is recyclable and refillable, is something we need to reconsider.

Removing food and garden organics will divert about 40% of waste from landfill, so we definitely support

Education and public awareness is so important

Most people want to do the right thing, but they don’t always know what the right thing is. People often put broken glass into recycling, which can contaminate paper recycling streams. But it’s not their fault, if they aren’t aware of it.

YES YES YES. Absolutely if we can avoid waste, then we don’t need to go to so much effort trying to figure out how to manage it. This is at the core of the Zero Waste approach.

We are often how asked how to recycle specific items, but we sometimes it’s not possible to answer because each council has their own way. Lid on or off the bottle? Are pizza boxes acceptable? Where can I take my E-waste? To these very specific questions, our answer is the same. Each local council is different, so you will have to contact them to ask. And it’s important you do – because they need to know, that you don’t know as this can enable better community education and awareness programs. It would be incredibly beneficial if there was more consistency.

While a quote of ours wasn’t used for this important aspect, we certainly spoke of it and included this in our submission, but then so did many others, which is no surprise, because there has been active campaigning for this for many years. Why Victoria is so delayed with initiating this, I do not know. But maybe Victoria can redeem itself so we can have a container deposit scheme for both plastic bottles and reusable glass.

Yes, Yes, Yes, the smaller businesses generally enable and support this, but scale seems to have increased the waste I supermarkets, most of which is unnecessary. I can take my containers to the butcher and can get milk in reusable glass. I can even by most of pantry items package free when I shop at the right places.

Product Stewardship was certainly on the agenda, however this comes under the Federal Government. But the State government need federal initiative to support waste avoidance. Elisabeth gave an insight on fashion waste in regards to this.

At a public hearing, Elisabeth van Roosendael from Zero Waste Victoria provided an example of the potential for taking leadership in a core industry in relation to fashion waste:
The majority of garments that are consumed per year end up straight in landfill. On average, we [fill] about 2.5 MCGs nationally are filled with fashion waste. This not only has a huge negative impact on the environment but is also a loss to our economy, because these are resources that could either be re-used through different business models or repurposed and remanufactured, but currently we only have a very small capacity to recycle it, which results in downcycling and downgrading the quality of the material. There are no real regulations or innovative infrastructure around being able to separate different types of quality of fabrics, and often different types of fabrics from lower-grade fashion waste can have toxic elements in them. They sort of end up getting mixed in with perhaps higher-grade quality fabrics. There are some really amazing innovative business models, from not for profits to for profits, that are being generated and helping to reduce fashion waste. There is a large amount of infrastructure and access to these types of resources across the whole board around fashion waste. So, yes, it is really about having access and support for these different types of organisations that are trying to compete and have access to a market that is not having to be held responsible for the waste that it is producing or for the true cost of where these resources are coming from either.

We made our position on polystyrene and balloons very clear

The Committee also heard evidence around certain problematic materials in packaging. Zero Waste Victoria provided polystyrene as one such problematic material and recommended that it be phased out of packaging altogether. They further contended that helium balloons should be banned from sale in Victoria if intended for release into the environment, noting that this is a littering offence in Queensland under the Waste Reduction and Recycling Act 2011 (Qld).

Zero Waste Victoria recommended exercising caution when looking at alternative packaging options, including in relation to more sustainable single use options, in order to foster a more sustainable reuse culture:
When looking for solutions to reduce single-use plastic, it may sound good in theory to replace single-use plastic with recyclable or compostable packaging. However, this would be associated with significant land use to grow the needed materials, and is only solving one problem, by replacing it with another. Single-use plastics should be replaced with a culture of reuse, rather than alternative disposable products.

As for packaging labeling:

In its submission to the Inquiry, Zero Waste Victoria stated that the community is often ‘confused and disillusioned with regards to what can be, and what is actually recycled’.
Lee Smith, Manager of Strategic Projects, Waste and Recycling at Veolia highlighted the unclear nature of current recycling labelling: I mean, how many people actually look at an item and go, ‘What is that number? Yes, it’s a number 3. Let me check my council guide. Number 3 isn’t allowed, so I won’t recycle that’. No-one does.

So we definitely support:

While Zero Waste Victoria opposed thermal energy from waste technologies, they recommended that if they were to be supported, a moratorium should be placed on their development while statewide waste avoidance education and other reuse and recycling programs are being rolled out.

The committee also noted that:

Project proposals for incineration plants are likely to continue to raise community concern. Adequate and meaningful consultation is crucial in order to take into account public health and environmental concerns. Kirsty Bishop-Fox discussed the importance of an open and transparent dialogue in the project development phase:
What is an acceptable distance to residential neighbours? There really is a long, long list of questions. When I went to the [community consultation] at Laverton—I am from the other side of town—I had a list of questions I was ready to ask them, but I sat back while the community got emotional. The community got emotional for lots of reasons. My biggest concern was that the community were not notified effectively.

I was going to shortlist only 10 recommendations, but the following recommendations tie in with regards to Waste to Energy, and being such a hot topic, and one that we are concerned that the government is racing ahead, without thorough due diligence, it is worth nothing them all.

While we support Biological Waste to Energy, we take this blanket recommendation with caution, but I  am pleased with the following recommendations with regards to technologies, long-term waste management requirements, taking into account potential long term health and environmental concerns.

This extract from the Minority Report – Samantha Ratnam MLC, shows we still have a lot to do because this means that these points haven’t been included for consideration. But at least she has noted them

Ms Bishop-Fox from Zero Waste Victoria urged the inquiry to focus on waste avoidance rather than only what to do when the waste is generated.

In the hearing I used this image on a slide (which I came across on google) and spoke of the circular economy. She went onto highlight the importance of waste minimisation in a true circular economy
Ms Bishop-Fox: What actually surprised me when I started looking at government policy is that their hierarchy is not too different to ours. This is the national one, and I know the state one is quite similar: where we look at avoiding waste, reducing, re-using, recycling, recovery and all the rest. The main difference between the grassroots approach is that we actually start at avoiding waste and do our best to do it. What I find with society and the government system is we are look at recycling and saying our system is broken, and then we move down. I know there is a fund with a lot of money sitting there and you are trying to figure out how to spend it. I urge you to look to the top of the hierarchy and work your way down. Recycling is important. We have got a lot of rubbish that we need to deal with, but if we only look at recycling and not hat the cause of it is, and look at systems to avoid waste, we are going to be going around and we are going to be here again and again and again.

We need to reduce our waste by focusing on avoid and refuse. If we do that then the issues behind waste management will be significantly reduced. Why recycle layers of packaging, if we can avoid it? And why throw it out if it can be reused?

What happens next, is yet to be seen. As I mentioned above, this report will now go to the government. I suggest if you feel strongly about any of these recommendations, then email or call your local MP, and highlight what you believe they should act on.

You can find your local MP details here